The Girl Who Lives in a Bathtub

On their path to graduation, all Villanova Theatre second-year students complete an Orals project - the equivalent of a Master's thesis - in a chosen area that they have studied over the past two years. Options range from academic to artistic and have taken on many forms over the years.  Sarah, currently playing Sarah (you can't make this up) in Villanova Theatre's upcoming Michael & Edie, is exploring the challenge of playing a character with a expansive mental and emotional life in a particularly confined space.  Below, Sarah discusses the joys and pain of the Michael & Edie rehearsal process.

SARAH:  As another rehearsal flies by one blustery Tuesday night, our director James Ijames has a sudden outburst:

“Man, everyone in this play is just having the WORST time!”

We all break out laughing, primarily because of the fervor with which he says it, but also because of the truth of this statement. These characters are embroiled in unrequited love, simmering in grief, pursued by fear. In short: they struggle.

Take my character, Sarah, for an example. She lives in a bathtub. I don’t mean that she sometimes lingers a few minutes in the shower, postponing the moment when she has to step out into the cold air. I mean that she has literally taken up residence in the family bathtub, ensconced in unwashed blankets and sporting perpetually unwashed hair. Why, you may ask? That is exactly what I have been figuring out through the process of rehearsing for Michael & Edie.

Sarah is not feeling well. It is not a physical illness per se – her stomach is not upset, and she doesn’t have the sniffles. Her malaise is more of the emotional and psychological variety, which confuses and upsets her. Portraying the symptoms of depression has been a huge challenge, and, I think, an important one. The world of the play is like a magical little snow-globe where the characters chase their dreams, but Sarah feels as though she is on the outside of that snow-globe gazing in, her breath making clouds on the glass.

Playing a person who is dealing with physical and emotional isolation has awakened me to the reality that many people are facing those exact challenges every day. Over the few weeks that we have been working on this production, I have been so thankful for the dramaturgical assistance of Sarah McAfee, who has helped me to immerse myself in the circumstances of mental illness, and, at the same time, to understand that it is Sarah’s obstacle, not her identity. She is so much more than that: she is sarcastic, she is intelligent. She hates lemon meringue pie and loves arts and crafts. She vibrates with need and with hunger and with a certain amount of chaos. 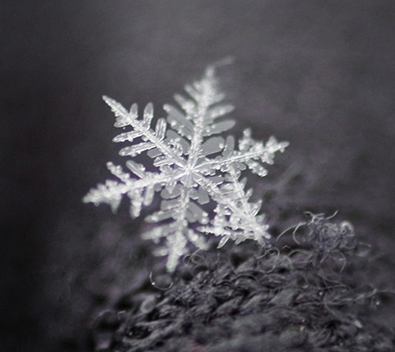 Playwright Rachel Bonds’ wonderful script has been a delight to engage with. Her dialogue is as delicate and specific as the crystals of a snowflake. As every word falls from my mouth, I feel closer to Sarah and her desire to penetrate the glass that separates her from the world. When dealing with a piece that toys with whimsy and magic at every turn, it is jarring to hear the truthful naturalism with which the characters speak. I enjoy being able to tune in to the world of the play through the deliciously modern language, which reads like a beautiful poem peppered with “ums” and “wells” and “ohs.”

Ultimately, my favorite part about this truly enriching rehearsal process has been the intimacy of the show, which has allowed for me as a performer to really examine my relationship with each of my fellow actors. It is the kind of play that demands this examination of a fellow human being. It demands that we feel each other out. Notice each other. Sense each other’s “textures and temperatures.” It asks that we not just make eye contact with each other, but notice each fleck of icy blue hovering within the smoky indigo iris of each eye like a star careening through an endless cosmos. It wants us to drown in that cosmos in the hopes of finding understanding there.

It is a whole universe, floating inside a bathtub.
Posted by Villanova Theatre at 11:18 AM

I am floating with you, Sarah. Lovely and powerful. I will look deeply in someone's eyes today and notice who they are~