Living and Learning in Ireland

Ever wonder what Villanova Theatre's Abbey Theatre Exchange program is like? Villanova Theatre is incredibly lucky to continue our partnership with the Abbey Theatre in Dublin to offer students an immersive learning experience abroad. We sat down with second year acting scholar, Dan Cullen, who gave us an inside scoop about the program! 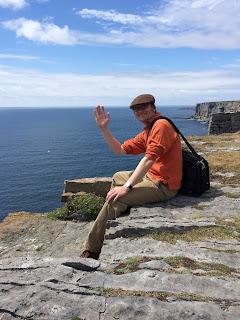 This summer I was fortunate enough to participate in the Abbey Summer Studio – made possible through Villanova’s partnership with Ireland’s National Theatre.

This was the second year of their Summer Studio, and it is an incredible opportunity for any Villanova student.  The program was made up of ten students from the University’s graduate theatre, literature, and liberal studies programs; about a dozen undergraduates; and a handful of students from University College Dublin. The variety of backgrounds that the Summer Studio brings together makes for a unique learning opportunity: not only were we spending a month immersed in a rich artistic culture, but we also were able to see how students of other disciplines perceive the same material in such different ways.  All too often academic programs can feel as though their subject matter exists in a vacuum.  The greatest strength of the Abbey Summer Studio is the way it highlights the intersectionality between the theatrical and the literary, between the Irish experience and the American, between the academic and the practical. 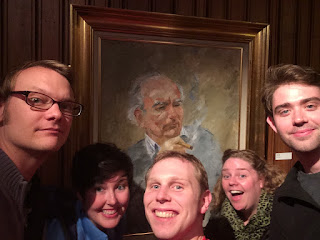 The first three weeks of the program takes place in Dublin.  Every morning there is a classroom session which is a combination of lecture and discussion.  Students are asked to read a selection of modern and contemporary plays by Irish authors chosen to demonstrate the impact of drama on Irish society.  We discussed the place of theatre in the Irish political discourse, especially throughout the 20th century, how instrumental the Abbey Theatre in particular was in the Irish struggle against colonial rule and the creation of its national identity.  It was inspiring to see how these plays worked in terms of literature, influencing the national consciousness, and comparing it to how social commentary works on the American stage which enjoys far less institutional support.

Afternoons were spent in the Abbey Theatre’s rehearsal space where we examined the canonical literature we had discussed in the morning in a much more theatrical way.  The Abbey’s educational staff took us through workshops in voice and movement, and we applied these skills to create sketches based on the themes and language of the texts.  There were also creative writing workshops that allowed students to create new pieces in conversation with the great works we were studying, and demonstrate how those themes relate to contemporary Irish and American experiences.  These sessions were geared toward a performance at the end of our time in Dublin at the Abbey’s intimate Peacock Theatre.  This performance showcased the literary analysis we had done, the voice and body training we received, and the creative spirit of the program. 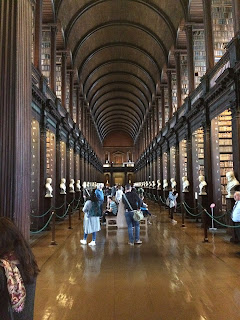 The remainder of our time in Ireland was spent at the National University of Ireland at Galway.  The library there has a comprehensive archive of materials from the Abbey that date back to its very foundation.  We were asked to engage our newly acquired knowledge of Great Irish dramatic literature with the materials in the archive to create a research paper.  Here again we were asked to synthesize the texts of the plays and their place in Irish history with what had taken place in production – how the activities on the Abbey stage related to the social, political, and cultural climate of their time and place.  We discovered how Ireland is a case study for the effective power of the theatre whose aptitude rivals the ancient Greeks and Romans.  Ideally this experience will allow us to apply the lessons offered to us by the Irish theatre and elevate the theatre to such an influential level in our own culture.
Posted by Villanova Theatre at 12:36 PM