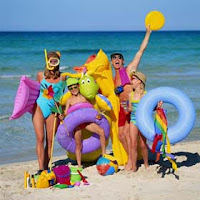 Remember when your first back-to-school assignment was to write an essay on how you spent our summer vacation? While our homework may be a bit more complex these days (that's an understatement!), we still enjoy reflecting on those few precious months we spend between semesters.  We asked four of our second-year graduate students to tell us about their summer vacation. From Dublin to Princeton to Philadelphia, they all seemed to dive right into their experiences in the professional world.

Lauren Fanslau was awarded a grant by the Villanova-Abbey Theatre Exchange to work at the Abbey Theatre in Dublin, Ireland for two months over the summer. She worked in four different departments: Casting, Community/Education, Voice, and Props, along with designing workshops to coincide with the ongoing Abbey season. 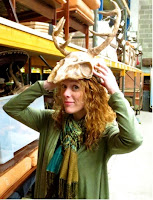 LAUREN: In short, my dream came true this summer. I traveled to a country that had been on my radar for years but always seemed completely out of reach. I worked for what is arguably the most significant and influential theatre in Ireland. In two short months, I absorbed as much of the Irish culture as I possibly could and I quickly realized that this visit would radically change me, both as a person and as an artist. I entered many a pub by myself and heard more life-stories than I can count... including, but not limited to, an older gentleman who pulled up his shirt to show me his scars from disarming bombs in Belfast! However, the traditional music was what made me feel like I had truly arrived. It was EVERYWHERE and had (still has) a profound effect on me. 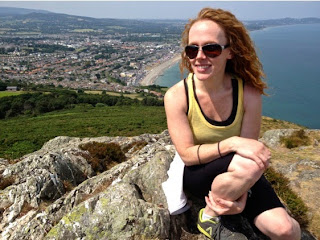 My main take-away from the Abbey an awareness of the bigger picture that these practitioners possessed. It wasn't just about the current production, about budget, about selling tickets. I saw, in the people I worked alongside, an ability and a continuous effort to do something bigger than themselves. Every one of my "bosses" displayed this obsessive dedication and, in effect, provided an incredibly encouraging work environment. In particular, the Director of the Abbey, Fiach Mac Conghail, constantly articulated how certain choices impacted the larger community; not just season subscribers. I was able to see firsthand how big theatre can be, how much of an impact it can have on a person, and how important my work as a theatre artist and educator needs to be. My goal for my second and final year in the Villanova Theatre MA program is to bring that kind of awareness, accountability, and passion to my work. As a direct result of the experiences with the Villanova-Abbey Theatre Exchange, I am currently looking to return to Ireland after completing my Master's degree in hopes of working in the Dublin theatre scene and / or pursuing a PhD in Irish Theatre Studies. I have no doubt that this much-too-brief trip to Ireland and the people, culture, and history that I encountered will shape my post-graduate path.

Emily Poworoznek spent time throughout July and August as the Summer Marketing Intern at the McCarter Theatre Center in Princeton, NJ. McCarter Theatre is one of the top theatres in the country having won the Tony Award in 1994 for Best Regional Theatre. 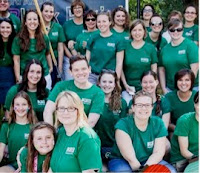 EMILY: Every year I sit down to watch the Tony Awards in awe of every moment: What it means to be invited. What will Neil Patrick Harris do? Which shows will win? This year, just like every other, I sat down and watched, but something was different. As I was watching, Vanya and Sonia and Masha and Spike won the award for Best Play and Emily Mann took the stage to accept the award for McCarter Theatre. Alone in my house I screamed, “THAT’S WHERE I’M INTERNING!”

Click here to see the McCarter win their well-deserved awards!

Princeton, NJ is my hometown.  I have grown up with this theatre - going to performances of A Christmas Carol or the Nutcracker every holiday season - and I was thrilled to finally be a part of the McCarter family. What I appreciated the most was that the tasks I was completing were integral to the functioning of the organization. I was made sure bills were paid for the marketing department, invoiced playbill advertisers, and controlled the ticket donation programs. I created a social media marketing plan and wrote outreach letters to McCarter patrons about the upcoming season.  I felt I was a part of the office culture - never like an intern. It was a summer I will never forget.

Polly Edelstein was a busy multi-tasker this summer. Along with completing a class for the Certificate in Non-Profit Management, she served as an instructor, intern, and producer in various organizations all over Philadelphia. 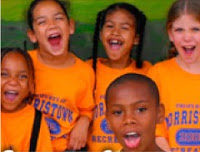 POLLY: I don't know if I stopped moving this whole summer  - but the experiences I was lucky enough to have made it all worth it!  First and foremost, I spent my third summer as an instructor for Theatre Horizon's Drama Camp, while also acting as an instructor for various other camps throughout the summer, including Kathy Wickline's Little Stars (with fellow Villanovan Liz Marafino!) and the Darlington Arts Center, teaching subjects that varied from song-writing to cultural theatre.  Teaching is a constant learning experience; I learned that children are sometimes able to comprehend things that adults can't even understand!  I was also lucky enough to intern with International Ballet Classique, specializing in Social Media, which sharpened and honed my marketing skills. 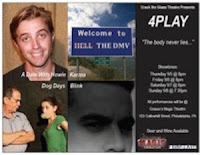 However, my favorite thing I did this summer was directing 4PLAY, a compilation of short plays that will be showcased in the Philadelphia Fringe Festival! All of the plays are written by women and feature a very talented ensemble of actors. Working with my actors and the Fringe staff has been an exhausting yet rewarding process.  I experienced all the nuts-and-bolts work of producing a play, administrative and artistic.  I am beyond excited to see our hard work come to fruition this week!

Megan Diehl received the Graduate Student Summer Research Fellowship through Villanova to pursue her research in Dramaturgy and Theater Administration. Conducting her research while in residence at the Pennsylvania Shakespeare Festival in Center Valley, PA she served as the Dramaturgy and Literary Assistant from May through August. 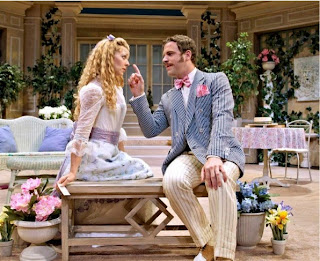 MEGAN: What initially excited me most about working with the Pennsylvania Shakespeare Festival this summer was the opportunity to experience how everything I was learning in the classroom would translate to a professional atmosphere. I’ve worked at PSF for quite a few seasons in many different capacities, but I was anxious to bring all of my painstakingly hard work from weekly assignments and apply it to a rehearsal room full of actors, a meeting with a director, or a pre-show or post-show chat with the audience. Not only was the work incredibly informative, but it also confirmed what I hold as the best description for the dramaturg’s work: Dramaturgy is not simply a job, it’s a function.

Congrats to all of our students for making such a splash this summer!

Posted by Villanova Theatre at 11:17 AM

Last summer, my girlfriends and I went on the most relaxing vacation in the Florida Keys. We found an incredible rental in the awesome Ocean Reef Community in Key Largo. Elaine knew Bob from Swenson & Ecuyer Realty and he found us this perfect condo right on the breathtaking Marina. Bob and his team provided excellent concierge service, that catered to our every needs. We did everything... scuba diving, tennis, sailing, golfing, etc.. The experience was amazing! You should check them out at www.swensonrealty.com or call 3053673600.