As we head into tech weekend for the beautifully lyrical Big Love, we're getting ready to celebrate with some killer music!  Each character has chosen their favorite song, creating a rocking Big Love playlist!  Click on each link to start off your weekend the RIGHT way! 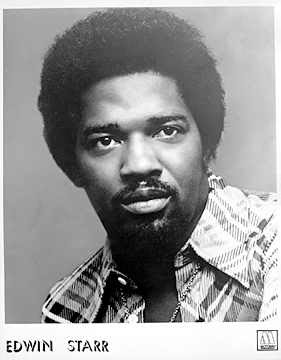 Lydia's Pick: "War (What Is It Good For?)" by Edwin Starr

Lydia, ever the peace-keeper, resonates with Edwin Starr's strong and forceful song that demands peace in place of war.  Leave it to Lydia to bring a social message into the party grooves!

Nikos's Pick - "Got Til It's Gone" by Janet Jackson (feat. Joni Mitchell)

Sentimental Nikos just likes songs that remind him of middle school dance parties.  And any song that samples Joni Mitchell is alright in his book!

Thyona's Pick: "So What" by Pink

Thyona sure doesn't need a man to have a good time!  And just like Pink, her idea of a good time is getting into some trouble - watch out guys!

Constantine has some - ahem - interesting notions when it comes to relationships, which may harken back to a simpler (and more uncomfortable) time in American pop music, as reflected in this song by the Motown girl group The Crystals.

Olympia's Pick - "I Wanna Dance With Somebody"  by Whitney Houston

Olympia is all about the simple pleasures in life: fashion, beauty products, and of course, flirtatious liaisons with gorgeous men.  Nothing taps into her most profound desires like Whitney Houston's ode to dancing the night away in the arms of someone who loves her.

Oed's Pick - "About A Girl" by Nirvana

Oed is the strong silent type - and maybe just a little bit moodier than his brothers.  So of course he's attracted to the grungy and romantic Nirvana.  Cobain's lyrics just speak to him, man.

Classy, independent, charming, forthright - that's Piero.  Really, there's not much separating him from Sinatra - except of course for the mistresses and allegations of domestic abuse.  But hey - a good man is hard to find!

Romantic Giuliano is Big Love's spokesperson for honoring oneself and being forthright and confident about one's inner desires.  Beyonce's upbeat love song just speaks to his inner fly girl!

If there are two things that Bella believes in with all her heart, it's love and her homemade pizza.  Lucky for her Dean Martin's classic song has them both!

Eleanor's Pick - "Crazy For You" by Adele

Eleanor's departure from her native England and residency in the free-spirit world of Italy has unleashed her most intense sexual desires - allowing herself to be "carried off in a crowd, that in another minute will all be naked."  So of course Adele's sexiest song taps into her sweet spot ;)

Find the full Big Love party playlist, with all of the songs listed above as well as lots of others, embedded below!


Big Love runs November 11th-23rd.  Visit the Villanova Theatre website or call the box office at 610-519-7474 for tickets.  Some performances are already SOLD OUT, so act fast!
Posted by Villanova Theatre at 1:35 PM No comments: