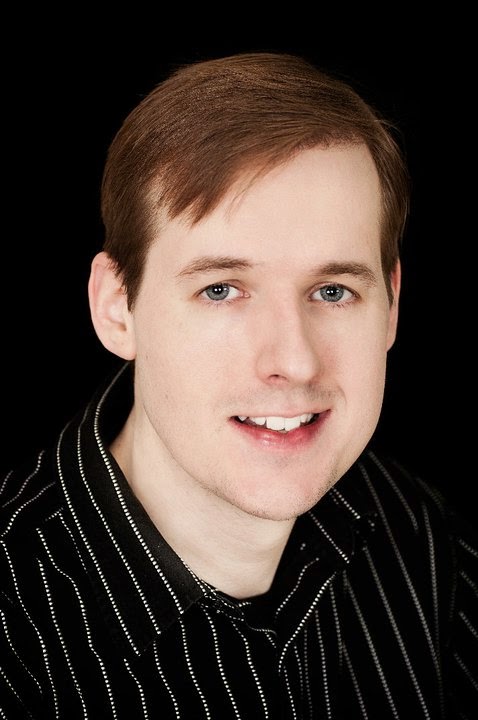 On their path to graduation, all Villanova Theatre second-year students complete an Orals project - the equivalent of a Master's thesis - in a chosen area that they have studied over the past two years. Options range from academic to artistic and have taken on many forms over the years.  John, currently playing Tiger Brown in Villanova's production of The Threepenny Opera, is exploring the particular difficulties that accompany playing a Brechtian role.  Brecht created his own aesthetic in the mid-20th century, and along with it, a new style of acting.  What's it like to take on an unfamiliar technique?  Read below to find out!

As I write this blog post, it's April 3rd and we are just starting a much needed four day rest for Easter Break before returning for tech week, and my brain has been out in Brecht-space for about six weeks straight. (For those unaware, Bertolt Brecht wrote The Threepenny Opera, the musical which we're currently neck-deep in.)  To be honest, I'm surprised I can remember what state I live in at the moment. This material is difficult for several reasons, but I'm quite glad to be here. This is my last show as a second year in the MA program, and playing Tiger Brown is a great-and challenging-note to go out on.

I first become somewhat acquainted with Brecht several years ago during undergrad, and within a year or so of studying him (somewhat) for the first time, we did a production of Urinetown. I played Officer Lockstock (look at that, another chief of police) and ended up being our dramaturg and writing the program notes, so this was when I really began to read about the conventions of Brecht's Epic Theatre and how Urinetown was a love letter to shows like The Threepenny Opera. I thought I knew what I was in for, but it's a much more delicate process than I had imagined.

It's very hard to approach Brecht like you would a conventional play or musical. I hesitate to put it this way, but you're not really playing a flesh and blood character, you're playing an idea. Almost like a stock character from a farce, but more complicated than that. Brecht wanted his audiences alienated...it's called "verfremdungseffekt", or the distancing effect. He wanted you to think about the deeper meaning of the material after leaving the play, and doing this outside of the theatre. He didn't want his audiences deeply engaged with the characters, enough to worry about who's getting killed, who's cheating on who, how character A knows character B's plan, etc. It was sort of a "Don't worry about that and be entertained" approach, because he wanted his audiences very aware that they were watching a play and directly addressed them through the fourth wall.

Now, the ultimate insult for Brecht was said to be an actor who "became" a character rather than played them...he wanted his actors demonstrating the material, not living it. Therefore, as an actor performing Brecht, it may seem to be counter-intuitive to everything you've ever learned. Forget Stanislavsky and throw out Meisner. For a normal play, if I was playing a police officer in 1839, like I am here, I would be doing a lot more historical research than I am this time, because you simply can't be method in a show like this. Sometimes you're playing an actor, observing the show with a knowing grin. A second later you may be playing your character. Moments later, you may be observing as your character, but not engaged. But you're not the actor, viewing with detachment, you're the character. A character who is detached and removed, but still IN the play, while OUTSIDE the play, who a moment later might be IN the play, and engaged. It's understandable if during the rehearsal process, people forget who they are.

But Valerie Joyce is kind of a genius, so none of us are ever worried, because it all just works out. Not to mention Peter Hilliard is kind of a wizard, and he's leading the band. We're moving right along as we approach tech, and everything is falling into place nicely. Now, if only I could get my body to be a dancer as well as an actor and a singer. I said Valerie was a genius, but it'll be a miracle if she gets me to become a good dancer. (I'm tryin'.)

We are so excited about the 2015-2016 Season, which was officially announced last Sunday to an audience of thrilled subscribers.  Our 2015-16 Season's plays share an attention to beautiful and lyrical language, evocative design aesthetics, and colorful characters.

Descend into a mythic and magical underworld replete with talking stones, Hades on a bicycle, and a glowing river of the dead.  In Sarah Ruhl's fantastical reimagining of the classic Greek myth, we join unsung heroine Eurydice as she parts with the love of her life, journeys into death, reunites with her departed father, and struggles to relearn the language of the living.  Called "an inexpressibly moving theatrical fable about love, loss and the pleasures and pains of memory" by The New York Times, Eurydice looks like a dream, sounds like a poem, and feels like the breath of life.

"Something wicked this way comes" in Shakespeare's masterpiece of manipulation, murder, and ambition. Macbeth transports audiences to the mystical middle ages, where prophecy and superstition drive the hearts of men.  When three witches predict Macbeth's ascension to the throne, the Thane of Cawdor and his scheming wife start slashing their bloody path to power, armed with violence, deception, and treachery. The Bard's most thrilling tragedy explodes with exciting fight choreography, hair-raising encounters with the mystical, and diabolical characters whose lust for power results in their ultimate and inevitable downfall.  When Macbeth "rushes headlong into the hurly-burly," it doesn't stop, and "every breath starts to feel like a gasp." -The New York Times

As World War II rages in Europe, a different kind of battle looms in St. Louis, Missouri, as barbershop quartets from around the country converge to sing, compete, and fraternize (in harmony, no less!).  One quartet, "The Harmelodians," hails from Muddy Creek, Missouri; another, "Sweet Adeline," has come all the way from the City of Brotherly Love. Philadelphia's own "Sweet Adeline" - it turns out - is actually comprised by four women disguised as men, who have come to compete, protest the barbershop society's exclusion of women, and prove that the girls can do it as well (if not better!) than the boys. Set in 1941, this heartfelt, nostalgic musical explores male and female friendship, women's hunger for respect and equality, the pressures and pleasures of making art, and the sudden shift in perspective when an international crisis crashes, unplanned, into young lives. Like a good melody, A Wonderful Noise is sure to linger on in the hearts and minds of audiences everywhere.

Irish treasure Brian Friel's most celebrated play follows English soldier George Yolland to the fictional town of Baile Baeg, populated with Irish speakers more familiar with Latin epic poetry than English.  As Yolland begins renaming local lakes, rivers, and mountains (loch, abhainn, and cairn) for English maps, he finds himself falling in love with the Irish language - and a girl who speaks it.  A deeply personal look at decimation of Irish language and culture during the English occupation,Translations examines how the clash of two worlds threatens the foundation of an entire country.  Mounted in celebration of the Easter Uprising of 1916 in Dublin, Villanova's production of the most lauded of Brian Friel's 'Ballybeg' series poses the question: what gets lost in translation?

One of the many things we love about The Threepenny Opera is its ability to tickle our secret itch to live vicariously through the nefarious deeds of slick (and not-so-slick) criminals.  Looking for more guilty pleasures?  Some of the characters from Threepenny's underbelly share their favorite crime-world movies!  Use them to enjoy your long weekend!

Not the 2001 remake.  The Rat Pack version, thank you very much.  Like Macheath, the heroes of Ocean's Eleven are cool, well-dressed, and have a way with the ladies.

Mr. Peachum wanted to suggest The Godfather, but Mrs. Peachum insisted they choose a movie that more deftly demonstrates their devoted partnership.  Like Mr. and Mrs. Smith, Jonathan and Celia Peachum are a perfect match, and while they may not always agree, they will forever have each others' backs.

Polly may look sweet, but she's got a bite just as sharp as Mack.  No wonder she loves Nikita, who lives one life as a normal girl, and another as a stone-cold assassin.

Sometimes love can get out of hand.  No one knows that better than Lucy, who says to Macheath, "I would rather see you hanged than in the arms of another woman.  Isn't that funny?"  Uh . . . right.  Very funny.  Just as funny as Glenn Close in Fatal Attraction.

It would have been nice if Macheath had made an honest woman out of Jenny, whisking her away from the brothel and to a life of bourgeois comfort.  Sadly, that was not to be their fate.  Can't stop a girl from dreaming, though.

This rags-to-riches drug kingpin movie speaks to Filch's desire to rise up out of the gutter and ascend to glory.  Unfortunately he may have to settle for a life more like Eddie Murphy's in Trading Places.

Listen, law enforcement is complicated.  Police officers put their lives on the line every day and may not always be able to fit their actions into such constricting categories as "right" or "wrong."  It's nice when a movie comes along that can remind the general public of that troubling fact.

Posted by Villanova Theatre at 3:33 PM No comments: