Bridging The Divides: An Inside Peek Into The Dramaturgy of LAGAN 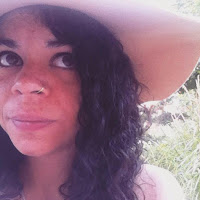 Second year graduate student Rachel O’Hanlon-Rodriguez, who you may recognize from last year’s MARISOL, is working off-stage this year as the production dramaturg for LAGAN. She took some time to chat with us about Stacey Gregg’s play. Learn more about the world of LAGAN here:

I don’t think I’ve read a play that is quite like Stacey Gregg’s Lagan. The play unfolds in a series of monologues with characters shifting from their internal minds to their external world. Taking place in Northern Ireland, dramaturging became fascinating opportunity to research history that had impacted the life of my family. I grew up hearing stories about how my grandfather lied about his age in order to join the army and fight for a united Ireland. At that time, I had no idea just how divided Northern Ireland was.

Lagan takes place in modern-day Belfast, thirteen years after the violent thirty-year civil war known as the Troubles that divided and defined Northern Ireland. While the play itself doesn’t make many references to the war that many of the characters endured, it was important for me to help the actors understand the character’s lives which span over three generations.

The older generation of characters (Anne, Joan, Terry, and the Taximan) have lived their lives primarily in a war-torn Belfast. Their communities were segregated between Catholics who continue to believe in a United Ireland, and Protestants who identify as British citizens. The younger generation of characters (Ian, Aoife, Emmet, Fiona, and Philip) have grown up in a transforming Belfast; a city moving from violence to peace. Only one character (Tracey) was born after the Troubles, and seems to represent the new Belfast; a city that is moving beyond the conflict and into a new stage of progress as an international city. Each character therefore has grown up in a different Belfast. 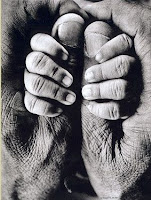 Because of the varying experiences with war, each character is impacted by the trauma they’ve experienced in different ways. Much like in America, the older generation often judges the younger generation based on how easy life has been for them; while the younger generation sees their parents as stuck in their ways. In Gregg’s exploration of generational history and the shifts in communal understanding, I realized the play transcends Belfast.


As the play began to take shape, under the masterful direction of Kathryn MacMillan and the incredible guidance of Andrea Ainsworth from Dublin’s Abbey Theatre, I felt like I was watching history unfold on an intimate level.


Being a woman who has grown up in a changing world: I was in the first class to receive computer lessons in school, I remember my family’s first huge computer, and watched cell phones and social media become a part of our daily lives; I’ve always been infatuated with questioning history through generational understanding. My grandmother’s world, for instance, is completely different than mine. My life, however, was impacted through my grandmother’s way of life that she passed down to my mother.

The lives we live, the history we are a part of, shift so fast that it is often hard to see the interconnections of life. I found this to be true for many of the characters in Lagan who struggle to live their normal every-day lives in a world that feels in flux. 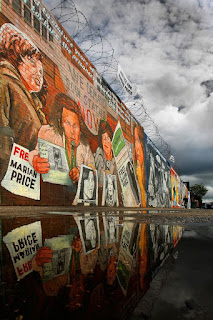 The city of Belfast itself is a landscape of memory, filled with walls that continue to divide neighborhoods and murals that colorfully display the city’s violent past. It makes sense that each character in Lagan carries this past within them, and the play itself took on a greater meaning for me about the repercussions of division in modern times.

Now more than ever we turn on our television and see evidence of violence, acts of terror, fueled by past hate; divides that took form in the past continue to separate our own society. Gregg’s motivation to write this play came from an exploration of a post-conflict Belfast, a world in which people are slowly coming back together. I believe the history of Belfast can act as a warning to humans about the capacity of our own violence, a reminder that war lives long after the fighting has stopped, and provides a message that progress towards unity can be made, no matter how slowly.

LAGAN runs at Villanova Theatre from February 7-19 in Vasey Hall. Tickets are $21-$25 with discounts available for students, alumni, faculty/staff, and senior citizens. For tickets or information please visit www.villanovetheatre.org or call the Box Office at 610-519-7474.

Posted by Villanova Theatre at 1:49 PM No comments:

Villanova Theatre is gearing up to present our second annual graduate student produced Studio Show! WE MUST SHARE EVERYTHING explores the complex, and often confusing, landscape of private and public spaces. Second year graduate assistant and director of the show, Lexa Grace, has shared with us some of her inspiration behind the production. Check our her blog post below!

This past summer I had the privilege of traveling to Ireland to study and work with The Abbey Theatre along with several of my fellow classmates. One day I was walking the streets of Dublin with one of my Villanova friends. We were discussing the differences between Irish and American cultures. There is a stereotype that Irish people are friendlier and more open than Americans. In many ways my friend and I found this to be true. It seemed that every time we went to a bar, we ended up in a passionate discussion about politics with an Irish stranger. While both of us enjoyed these interactions, we knew that they would never happen in America.

As Americans we are taught that certain subjects are not meant to be shared in public, especially not with strangers. Yet these social rules are broken all the time, depending on the setting and the people involved. This has become even more prevalent with the advancement of social media. As my friend and I continued to talk that day, I realized that we both had vastly different beliefs on privacy, even within our own American culture.

I grew up with very little regard for privacy. This had partly to do with being involved in theatre from a young age and partly to do with the fact that I lived with two younger siblings, and was always forced to share everything- from my room to my clothes, to the last bite of ice cream in the freezer. My friend on the other hand, was an only child and learned to love and respect privacy from a young age. This dynamic of public and private spaces is what first sparked my interest in exploring privacy as a theme. At the time, however, I had no real concept for how this idea could be expressed in the theatre-- a place where privacy is under constant negotiation between actors, audience, and characters.

Then school started again and submissions for Villanova Theatre’s second annual Studio Show were announced. I knew that I wanted to submit a devised piece. My love for devised theater comes from a strong need to produce new work and a firm belief that everyone has an original idea. The beauty about devised work is that it allows individuals to share and sift through all of their original ideas, find the best ones, and then merge them together with other people’s inspiration. With this in mind, I collided my two interests together: a devised show exploring the multi-faceted views of privacy.

Over the course of several days, my ensemble and I completely indulged in all of our creative thoughts on privacy. Some were interesting, some were weird, some were hilarious, and others were completely unrelated to anything we had conceived of. Once we had a pool of concepts, we began to isolate the ideas that could be developed into something that we needed to share. This sculpting process led us to the creation of a script, which has been crafted and edited throughout our rehearsal process.

Now that we are a week away from opening it seems almost unreal. All of the work we created, all of the pieces we included in the performance and even more of the pieces we cut- all of this started with a conversation, with a friend on a park bench about our different ideas about privacy- the wonderful and terrifying interactions that occur when that privacy is broken.

WE MUST SHARE EVERYTHING runs January 26th at 8:30, January 27th and 28th at 7:00, and closes January 29th at 2pm in the Vasey Hall Studio on the second floor. Tickets are free but seating is limited. Register for your tickets today at www.shareeverything.eventbrite.com.

Posted by Villanova Theatre at 4:49 PM No comments: