Bringing the characters of LITTLE WOMEN to new life

Second year graduate student Sean Connolly, who you may recognize from last season’s TRANSLATIONS, is completing his Dramaturgy thesis on our current production of LITTLE WOMEN. He took some time to chat with us about Louisa May Alcott’s beloved novel and inspiring play. Learn more about LITTLE WOMEN here: 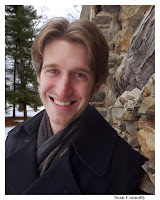 Dramaturging Little Women: The Musical has been an fascinating challenge. Having been constricted to straight plays since childhood, delving into a musical has not only opened my eyes to music, but helped me find those nuggets of drama magic and nuance in dialogue that only musicals can provide. For me, it has been a truly exciting production to be a part of. Firstly, Little Women takes place in such a rich time period to research, it is honestly a dramaturg’s dream, especially since it is a part of history not often discussed. When we talk about the Civil War, we often think of great battles, or burning Southern towns. If we are especially attuned we might even consider the dramatizations presented in Gangs of New York or Gone With The Wind. But real in depth exploration of the home front, particularly the Northern Home Front, has been left to very few aging historians. That is for the exception of Louisa May Alcott’s Little Women. What’s really exciting about Little Women: The Musical, and particularly working with Valerie as director of the musical, is that we are really trying to bring this classic story into the 21st Century.

The roots of this modern interpretation are already explored by Alcott herself, but have often been lost in the nostalgia of the piece. At the time Alcott’s tale was radical and revolutionary. This was partially because she was a Transcendentalist, a passionate Abolitionist, feminist and reformer. Which brings up one of the most contentiously talked about moments in Little Women. Thousands of readers of the novel have asked the question: Why doesn’t Jo marry Laurie? This resulted in some very forceful conversations with publishers and fans of the novel in 1868. However, the answer is actually quite simple. Alcott didn’t want Jo to marry at all.

Alcott wanted to create a female character, Jo, who didn’t need a man. This was very radical back then. Hundreds wrote to Alcott to complain when Jo refused Laurie’s proposal. Eventually publishers got involved and threatened to not publish  Little Women Part 2 if Jo remained unmarried. Clearly they were hoping to force Alcott into marrying Jo to Laurie. Alcott was so furious, she developed a new plan. She would marry Jo off, but not to Laurie, the man everyone wanted, but to Professor Bhaer. All of this had an unintended consequence. There are moments of possible passion in the music and on the page, but they have been hidden beneath a Victorian view of Alcott’s world and a holy reverence of the novel. On the surface all the characters are in their head, they all have an intellectual affection for one another but not a physical one. All this comes back to that original question that thousands of readers have been asking since 1868, why doesn’t Jo marry Laurie?

For our production we wanted to connect these characters to the 21st century in which open sexuality and human desire are more present on the surface of our interactions with someone we might be interested in. This has led to incredible discoveries during the rehearsal process. For instance, to find Laurie’s motivation, we had to make him a little boastful - he can’t just be the kid next door; he needs to have swagger.  Laurie must be a complex character, driven not only by an intellectual admiration of Jo but also a sexual drive. Jo is similarly complex. She is driven intellectually, but we also we need to know she is free-thinking and passionate as well. Jo's desire becomes a powerful impetus behind her decision to not marry Laurie. Instead she finds an equal partner in both intellect and passion when she falls for Professor Bhaer. These explorations of character have made working on this production so much more fascinating beyond the rich historical time period. For me, it proves that these characters are just as real and exciting now as they were in 1868.

LITTLE WOMEN runs at Villanova Theatre from March 28-April 9 at Vasey Hall. Tickets are $21-$25 with discounts available for students, alumni, faculty/staff, and senior citizens. For tickets or information please visit www.villanovetheatre.org or call the Box Office at 610-519-7474.
Posted by Villanova Theatre at 3:41 PM